The popularization of cell phones and the advent of the social media age certainly hold considerable merit. It’s effortless to keep up with friends, share ideas, interact with people around the world, and express yourself. Unfortunately, the Manichean nature of the internet necessitates that for every bit of good that can be found there, there is a way it can be spun negatively. The constant influx of information can be dizzying, distracting, devastating, and anxiety-inducing. On top of that, misinformation and well-meaning but terrible advice spread with destructive and far-reaching arms. These factors contribute significantly to the preservation of toxic gender roles, the perpetuation of unrealistic and damaging expectations about dating.

As children gain access to social media at younger and younger ages, they encounter harmful material sooner than they are ready to grapple with detrimental ideas. Because many thirteen-year-olds have not yet developed the critical thinking abilities or skills to criticize their sources of information, they fall prey to adopting beliefs they may not understand. Adults arguing in favor of restrictive, binary, misogynistic views of gender roles may very well sway younger teenagers who have not yet been taught about analyzing argumentative language and the logic behind how these adults build their arguments. Young men can be drawn further into the soulless pit that is toxic masculinity, to the detriment of themselves and the young women they interact with. Men who do not learn how to properly cope with and express their emotions run the risk of projecting those emotions onto their partner in an unacceptable and harmful way. This can easily lead to dating violence among teenagers if left unchecked.

Irresponsible social media influencers, in particular, push dangerous dating expectations onto their teenage viewers in the form of two extremes: one being “comedy”centered around misogyny and unhealthy relationships, and the other being idealized, “perfect” relationships that lack conflict or depth. The first example usually manifests itself as short video skits posted on Instagram inwhich the couples respond to disagreements with violence, are overly possessive of their partner, and/or harbor constant fears about disloyalty and cheating. By normalizing these attributes, they are misleading viewers into believing that all relationships are like that. This encourages possessive qualities, jealousy, and over-cautious behavior rather than teaching teens that a good relationship is one built on trust and communication. The real-life consequence is an increase in teen dating violence. After all, if they are taught this is “normal”, how are they to know to look for better in their prospective partners? On the other hand, pushing false, constructed images of “perfect” relationships sets teens up for dating failure. These images lead people to try and ignore conflict in their own relationships rather than communicating and working together with their partner to solve issues that arise as a unit. They lead to crumbled relationships that lower teen self-esteem and make them feel as if they cannot attain a good relationship and keep it. It can also lead to unreasonable expectations of partners. Both social media portrayals of relationships cause damage in their own way. Influencers should be focused on showing realistic, but positive relationships in a way that communicates totheir followers that conflict is natural, but should be dealt with maturely and kindly in a way that is fair to both parties involved. Better portrayals of relationships in media will help reduce dating violence by teaching teenagers what to look for and what to avoid.

To speak from the point of view of a young nonbinary person who was assigned female at birth, both of these phenomena on social media affected me in different ways. Joining social media at a young age, although I did not really believe the stereotypes being projected onto me because of my sex, still tore away at my psyche and lowered my self-esteem. I felt like I could not live up to anyone’s image of what my gender should be. It wasn’t until I learned to cultivate my social media experience and block out toxic ideas that I began to feel better about myself, stopped performing my gender according to other people’s standards, and figured out that I was nonbinary. I’m a lot happier because of it. In addition, social media portrayals of relationships made me feel as if I should give up on dating altogether. The image of the “normal” relationship did not fit me or my identity at all and felt like some vague ideal I could strive for but never reach. Until I grew older and became more educated, social media discussion of dating had a terrible effect upon my still-evolving mind. I spent a good three years unlearning what other people had told me I was and getting to know myself again.

This is my plea to today’s youth; please learn to dissociate yourself from the images projected upon you by strangers on social media, and customize your experience so you can avoid toxic discussions. Do not feel bad about liberally using the block button to rid your timeline of people spewing hateful, close-minded views. Educate yourself about dating violence, and hold active discussions with your friends. Look out for one another and communicate openly. It will be awkward and nerve-wracking at first,but it is so necessary, and if you are friends with the right people, it willbe easier over time. I will not lie to you and say it won’t require effort. Both being single and being in a relationship offer distinct challenges and perks. Take your time. If you want to date someone, you will find the right person if you are patient. Do not rush into a relationship just because youdon’t want to be single. It will be okay, I promise. You are not alone. There is more to life than what you are going through right now, and there will always be brighter days, as long as you are there to see them. If you have gone through or are currently going through dating violence, it is not your fault.You are so strong and will make it through to the other side. No matter how alone you feel, there are always helplines and people around you willing to help. You will persevere. 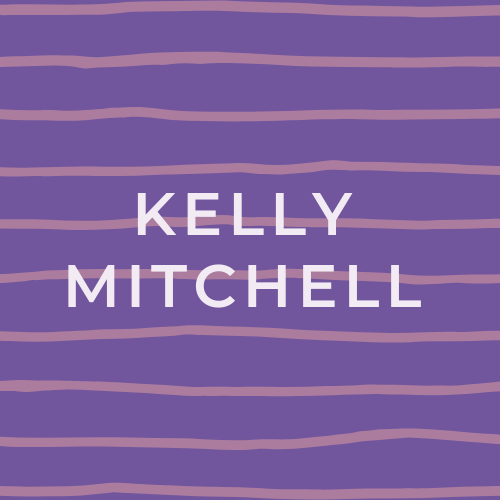 more from this author
Training

Inclusion Begins With Us - Part 2

Inclusion Begins With Us - Part 2