It isn’t every day that the Sarah’s Inn staff has the pleasure of walking down memory lane with the founders of Sarah’s Inn. The 40th Anniversary is a great time to pause and listen to the story of how we started 40 years ago and where we are today. We sat down “over zoom” with two of Sarah’s Inn’s founders, Linda Conway and Barbara Oppenheim. It was a wonderful experience to hear their stories and we wanted to share them with all of you!

Linda and Barbara both shared that, back in 1980, a group of concerned citizens gathered around a kitchen table and decided something must be done about domestic violence. At the time, Linda served as a social worker for the Oak Park and River Forest Police Departments. Barbara served in a wide range of both client service and firm management capacities for a public relations firm. Both had busy lives, as did the others that joined them, but they all knew this was something that had to be addressed. Linda saw first-hand in her job with the police department that domestic violence was a problem within our communities and she wanted to do something to make this better for the women, children, and families that were impacted. “Everyone deserves to live a life free from violence,” noted Linda.

“I was very busy with my work and career, but when I was asked to serve with a group of friends and neighbors to get this agency started, I knew I had to say yes. My involvement came from a desire where I did not want to see one more child growing up in a home with violence. And I wanted to personally work to try and make this happen,” said Barbara

Another founder around the table at that time was Carol Matusak, who worked at West Suburban Hospital. Carol also saw the need first-hand when patients came into the hospital and a domestic violence situation was clearly prevalent. The founders’ goal was to develop interventions and a health and safety plan for victims before the violence escalated, and before victims needed the police or emergency medical care at the hospital. This was the impetus for creating Sarah’s Inn’s hotline.

“At first, it was a group of us who banded together to do something. It all began with a crisis line that we set up and answered from across our homes. We recruited more volunteers to help manage the calls and this was the first part of our programming,” noted Linda. “Sometimes, if you managed the evening shift of the crisis line, you slept with the phone next to you. I’m amazed at where we started, with just a handful of men and women who set out on a path to do something to help with this issue that impacts our whole community.”

The founders and other early volunteers hung posters (mimeographs!) in doctor’s offices and at hospitals, libraries, storefronts and other places across the community. They developed strong relationships with the hospitals, our local village governments, and both the Oak Park and River Forest police departments. Once Sarah’s Inn officially got its incorporation, they hired one staff member, their first Executive Director.

As they continued to grow, the Board did its first campaign to raise money to purchase the Harrison Street facility, which was originally meant for transitional housing. This building was indeed used for transitional housing in the early years, and allowed a small number of families to reside in the space for up to 18 months. Yet, after a few short years, the Board determined that the agency could serve so many more clients if they moved away from housing families and focused on a full array of intervention and prevention services. The Harrison Street building soon became the headquarters for all Sarah’s Inn programming and off-site services began to happen at the courthouses and with other partner agencies across many communities.

Over the past 40 years, Sarah’s Inn has grown from a grassroots community organization to one of the largest and most comprehensive domestic violence agencies in Chicagoland. From a handful of dedicated volunteers to now over 35 staff members, the growth has been steady. Noted Linda, “As an agency, we certainly had our ups and downs. In fact, at one point, in the 90’s, we were near closing. The Board leadership was made up of many active members in our community and they kept us afloat. And now, across the past six years, we’ve seen tremendous growth. Just last year, we completed a $2 million capital campaign to purchase a new space to best serve our clients and our Executive Director, Carol Gall, for the past six years, has really seen our vision and helped lead the organization to where it is now. It’s been inspiring, and where we are today is beyond my wildest dreams!”

We are grateful to our founders and are honored to carry out this work that they started 40 years ago as we continue to serve families impacted by domestic violence. 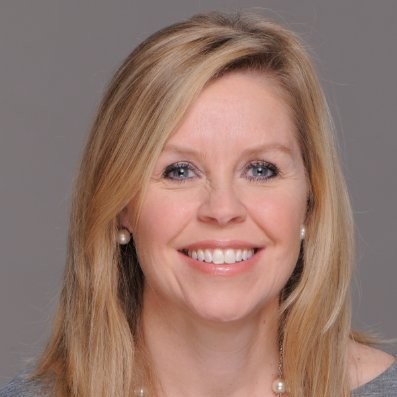 Lau reads "Words are not for hurting"